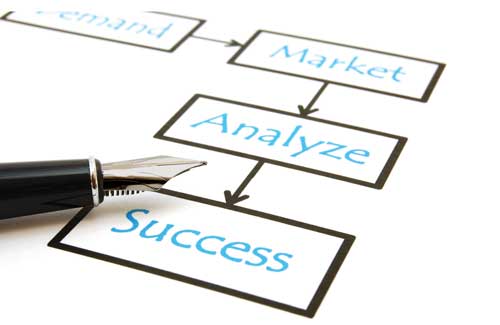 Asset-Based Lending: The Good, The Bad & The Ugly

Most of the data published on the broader, syndicated market shows that asset-based lending (ABL) is down substantially. According to Thomson Reuters LPC (LPC), ABL volume through the third quarter of 2012 declined to $57.2 billion from $82.9 billion during the same period in 2011. The third quarter was especially disappointing with 65 new issuances totaling $14.11 billion. While some fiscal cliff predicated financings will likely help, activity during the fourth quarter is unlikely to offset the substantial drop during the first nine months of 2012.Although the syndicated ABL market has historically reflected overall ABL market performance, a recent trend may be masking the data. Figure 1 shows U.S. ABL deal size dispersion.

Coincidently, lender hold sizes have increased dramatically during this time. Whether it is larger bank size or simply asset-class performance, most of the major ABL players rose from the recession with much larger hold sizes. Prior to the recession, $25 million to $50 million holds were typical. Fast forward three fiscal years and $50 million to $100 million holds are much more common. Larger ABL players, including PNC Bank, a member of The PNC Financial Services Group, Inc., are using their hold capabilities to attract customers participating in the less than $100 million loan market. Many borrowers executing a complex transaction or acquisition have pushed for one-bank deals to limit both the execution risk and the number of people at the table.

PNC’s performance and the significant influx of new middle-market ABL lenders suggest that the lower end of the ABL market is growing, not declining. In terms of volume, PNC’s ABL portfolio has grown by more than 50% since 2009 and nearly 100% since 2006. Through the third quarter of 2012, PNC was on pace to match its volume and exceed its commitments in comparison to 2011, which, like the broader ABL market, was PNC’s record year. At 600-plus middle-market transactions over the past four years, PNC provides a very good representation of the middle market. PNC’s ABL transaction volume alone suggests that the data is skewed toward the larger ABL market, as the majority of PNC’s deals are less than $100 million and its total volume exceeded the entire LPC reported market in 2011 and year-to-date 2012.

The Commercial Finance Association’s “Quarterly Asset-Based Lending Index” is a compiled survey from 21 of its largest members, the majority of which are the largest participants in the ABL market. While total new credit commitments were down, the results illustrated a modest 8.1% drop during the first nine months of 2012 versus the same period in 2011. While flat-to-down years are never considered good, they must be taken in context. The year 2011 was the most robust one on record and 33% larger than 2007, the next largest year. As the fourth quarter is typically good for ABL and fiscal cliff fears likely helped to preserve this in 2012, the full year should be the second or third strongest year on record for the entire ABL market.

The Bad: There Remains a Supply & Demand Imbalance

Regardless of where you seek data, whether it is this publication, LPC, The Federal Reserve’s Senior Loan Officer Survey or the water cooler, all signify that 2012 was a competitive year. This was largely driven by significant liquidity in the loan market relative to limited demand due to modest economic growth and an M&A market far from pre-recession levels.

The M&A market and economy showed signs of optimism in 2011, which allowed for a robust ABL market and fueled hopes that the same would continue into 2012. Many came into 2012 believing that deal making would continue to weather the soft recovery and potentially remain robust if business confidence continued to increase. The M&A market never materialized, and although the fourth quarter appeared stronger, the pipeline was not large enough to make up for the first three quarters. The U.S. economy underperformed as well. Business investment and hiring slowed in 2012 due to political uncertainty and modest growth in manufacturing, which cooled following strong growth in 2010 and 2011.

Conversely, lending capacity progressively increased during the year. Banking is one of the most cyclical industries and has been in the midst of an expansion. Default rates, nonaccrual loans and write-offs have been declining rapidly, which has freed up more capital to lend. The institutional market grew as well, driven by a very active capital-raising year for collateralized loan obligations — the strongest fund raising year since 2007 per S&P Capital IQ. The additional capacity gave strong borrowers multiple loan options. As a result, 2012 became aggressive more quickly than any year in recent memory for ABL, likely driven by banks hitting the panic button following a slow first quarter.

The Federal Reserve’s second-quarter Senior Loan Officer Survey noted that standards eased in the quarter-to-quarter data and that 92.5% of lenders credited that to aggressive competition. With borrowers in the larger ABL market pushing for everything from cure periods to increased over-advance provisions, to lower levels for springing dominion and covenants, structures began to give way.

Many borrowers and investment banks raising debt in the traditional middle market seemed to latch onto this trend, coming to market with “covenant-lite” requests for companies that have historically not received the type of flexibility afforded by these structures. Given the lack of demand, many lenders fulfilled these loan requests, particularly for the better credits and heavy asset borrowers.

The overall feeling of a mid-2000 lending market became a reality on the pricing side in 2012 for the ABL market, as strong credits received attractive loan spreads during the year. According to Thomson Reuters LPC, the dispersion of loans with spreads less than 250 jumped 14% from 2011 to 68% of the $75 million-plus loans issued through the third quarter. This was the largest percentage of the $75 million-plus loan market since 2007 and mirrored the total dispersion of loans less than 250 BP in 2005. The biggest percentage increase was seen in the spread category of 150 to 199 BP over LIBOR. The combination of 2005 pricing levels and the large move on the lower end of pricing may be an omen of what’s to come in 2013, as 2006 pricing was significantly worse than 2005.

The factors that drove competition in 2012 will likely persist into 2013. The supply and demand imbalance will continue and has the potential to worsen. Although there is a potential upside, there are many unknowns on the demand side due to potential fiscal cliff effects and modest expectations for the M&A market and economic growth.

The concern around a fiscal cliff and subsequent fears of increased taxes on dividends and capital gains pushed many 2013 deals forward into the fourth quarter of 2012. While not all statistics are in, Thomson Reuters’ fourth-quarter 2012 press release highlighting loan pricing noted a “dramatic” pick up in dividend recaps and leveraged M&A volume in the high-yield capital markets during the fourth quarter. While there’s hope that the rest of 2013 will make up for a slow start, there’s no concrete evidence that it will be any different than 2012.

From a U.S. economic perspective, PNC’s economists believe that modest gross domestic product (GDP) growth will be offset by weak wage growth and continued fears of a deeper European recession. The latter has the potential to provide an unneeded shock to the U.S. economic recovery. Manufacturing growth, particularly in the automotive sector, led the way to recovery with strong growth post-recession, resulting in job growth and demand for a vast supply base. It appears, however, that this sector has largely recovered and will now grow at a much more moderate pace.

The housing market, however, may provide hope for 2013. Given the size of the housing market and the trickle-down effect it has on the overall economy, a significant uptick in the sector has the potential to accelerate the economy and loan demand. While the market remains well below 2006 peak levels, home sales and housing starts registered strong year-over-year growth and confidence has increased sharply. The NAHB index, a survey of homebuilders regarding current conditions, buyer traffic and expected future sales, rose dramatically in 2012 from persistently low levels post-recession. See Figure 3: Homebuilding Recovery Set to Continue in 2013.

Anecdotally, this sector may be on the same path as automotive, albeit two years later. After a brutal recession, automotive original equipment manufacturers and their supply base stabilized and exhibited two years of very strong growth beginning in mid-2010. These facts may foreshadow further gains in homebuilding and potential broader gains in the U.S. economy in 2013.

As we navigate 2013, prudence will be key to short- and long-term success. While there will be many temptations, lenders need to stick to their core competencies. Pricing compression can be managed, but structure loosening can have a lasting, sometimes terminal, impact. The most important ingredient to success is to remember that ABL lenders have the ability to change the demand side of the equation. Stability, flexibility and speed are core tenants of the ABL market’s stronger players and are valued commodities to many borrowers. As borrowers still seek quality when problems arise (e.g. fiscal cliff), it is vital to become or remain the firm that borrowers run to.

Disclaimer: This content has been prepared for general information purposes and is not intended as legal, tax or accounting advice or as recommendations to engage in any specific transaction, including with respect to any securities of PNC, and do not purport to be comprehensive. Any reliance upon any such information is solely and exclusively at your own risk. Please consult your own counsel, accountant or other advisor regarding your specific situation.

David Gaito, CFA, is senior vice president and regional sales manager at the asset-based lending business of PNC Business Credit. Since joining PNC in 1999, Gaito has held several positions in Corporate Banking, and has served the asset-based lending business as relationship manager, business development officer and as senior originator and team leader for the Upper Midwest. Gaito is a chartered financial analyst and a member of the CFA Institute, the CFA Society of Chicago, the TMA and ACG Chicago’s board of directors.