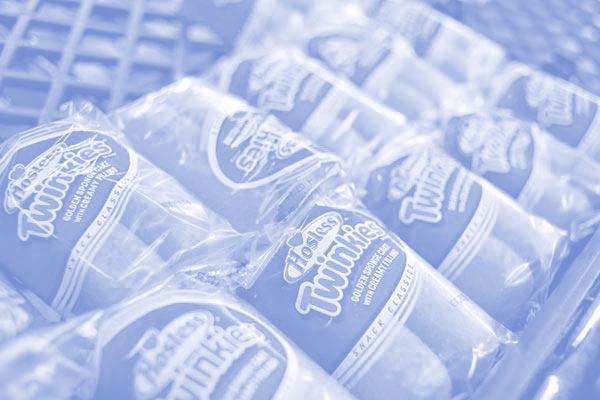 On January 7, 2013, the Judge Robert D. Drain of the United States Bankruptcy Court for the Southern District of New York held that a dispute concerning the debtors’ use of cash collateral was not subject to arbitration, notwithstanding a broad arbitration clause in the parties’ underlying agreement, because the decision to allow a debtor to use cash collateral constituted a “core” issue and was a fundamental aspect of the bankruptcy process. In re Hostess Brands, Inc., No. 12-22052 (RDD), 2013 WL 82914 (Bankr. S.D.N.Y. Jan. 7, 2013).

When considering whether to compel arbitration in bankruptcy cases, bankruptcy courts in the Second Circuit consider four factors: 1.) whether the parties agreed to arbitrate; 2.) the scope of the arbitration agreement; 3.) whether, if federal statutory claims are at issue, Congress intended those claims to be non-arbitrable; and 4.) whether the entire proceeding should be stayed pending arbitration if only some of the claims at issue are arbitrable. Courts applying this analysis, and particularly when considering the first and third factors, are swayed by whether the matter in question is “substantially core,” or, in other words, a central function of the multi-party bankruptcy process. Further, even if a core matter is arbitrable under this analysis, bankruptcy courts may exercise their discretion to deny an arbitration demand if the matter is unique to bankruptcy cases, and the proceedings are a core bankruptcy function invoking substantial rights under the Bankruptcy Code and conflict with resolution by arbitration.

Judge Drain first found that the question of whether a debtor may use cash collateral is a “clearly substantially core” matter that “is central to the bankruptcy process that Congress contemplated as substantially altering otherwise existing and enforceable rights under applicable non-bankruptcy law. . .” Id. at *3. As a substantially core matter, Judge Drain also concluded that a debtor’s rights to use cash collateral under the Bankruptcy Code are not derivative of the pre-petition debtor’s rights. There is a distinction between the pre-petition debtor and the post-petition trustee or debtor in possession and, therefore, the parties here did not, despite the arbitration provision’s breadth, necessarily agree to arbitrate the use of cash collateral.

Next, Judge Drain determined that Congress likely intended a request to use cash collateral to be non-arbitrable. Although Congress did not explicitly state in the Bankruptcy Code that a dispute over the use of cash collateral is not subject to arbitration, Congress did provide that “the court” will adjudicate the use of cash collateral under §363(e) of the Bankruptcy Code, which Judge Drain also noted applies to a trustee or debtor-in-possession, as opposed to the pre-petition debtor. Furthermore, since the use of cash collateral is a “substantially” core matter, Judge Drain found it “hard to see how Congress would have meant to turn over this particular type of determination, in which, . . . other parties in interest would have the right to intervene if they wanted to an arbitration panel in a two party dispute, which may abstain from following with rules of law and ‘shall make their decision with regard to the custom and usage in the insurance business.'” Id. at *4 (citation omitted).

Finally, because of the fundamentally core nature of the cash collateral dispute, Judge Drain held that he had the authority to exercise his discretion and deny ACE’s arbitration demand. In so holding, Judge Drain also found that even assuming arguendo that Congress intended cash collateral disputes to be arbitrable and that the parties agreed to arbitrate the cash collateral issue at hand, the entire dispute was not something that should be sent to arbitration, as doing so “would seriously jeopardize the objectives of the Bankruptcy Code as expressed in §363(c) and (e) and conflict with the integrity of the bankruptcy process in this case.” Id. at *6.

Judge Drain’s decision in Hostess demonstrates that even if a dispute between a debtor and a third party is arguably subject to a pre-petition arbitration clause, that dispute may not be subject to arbitration if it is considered “substantially” core — i.e., a matter “central to the bankruptcy process.” While the Hostess decision concerned only the use of cash collateral, Judge Drain explicitly cited a law review article listing several bankruptcy matters that “‘are arguably inconsistent with resolution through arbitration,'” because they require the bankruptcy court to make particular findings (i.e., plan confirmation, the sale of assets outside of the ordinary course of business and the assumption and rejection of executory contracts). Id. at *4 (quoting Randall G. Block, “Bound in Bankruptcy,” 29 Los Angeles Lawyer (2007)). Thus, in the aftermath of Hostess, a bankruptcy court in the Southern District of New York may not submit a matter to arbitration if it involves a central bankruptcy function arising under the Bankruptcy Code, notwithstanding a broad arbitration clause in the underlying agreement between the pre-petition debtor and the third party.

The content of this article is intended to provide a general guide to the subject matter. Specialist advice should be sought about your specific circumstances. Specific questions relating to this article should be addressed directly to the authors.

Michael A. Stevens is an associate with Cadwalader, Wickersham & Taft, focusing his practice in the areas of bankruptcy and financial restructuring. He represents debtors, creditors and strategic investors in all aspects of corporate restructurings and Chapter 11 bankruptcy cases, advising clients regarding out-of-court and Chapter 11 restructuring strategies, preparing for and operating in Chapter 11 and distressed investment strategies. He received his J.D., magna cum laude, from Pace University School of Law, where he was the executive productions editor of the Pace Law Review, and his B.A. from Syracuse University. He is admitted to practice in the State of New York, as well as the U.S. District Court for the Southern District of New York. He can be reached at michael.stevens@cwt.com.

Michele C. Maman, an associate with Cadwalader, Wickersham & Taft, concentrates her practice in the area of bankruptcy and financial restructuring. She has represented creditors and debtors in Chapter 11 proceedings and out-of-court restructurings across a variety of industries, including airline, healthcare, residential finance, publishing, insurance and financial companies. Specifically, among others, Maman was involved in the reorganizations of Northwest Airlines Corporation, St. Vincent’s Catholic Medical Centers, Bear Stearns, Lehman Brothers, Truvo USA LLC and Residential Capital LLC. She also has experience in international insolvency matters, including acting for foreign representatives in proceedings under Chapter 15 and §304 of the Bankruptcy Code. She is admitted to practice in New York, the Commonwealth of Massachusetts and before the U.S. District Court for the Southern District of New York. Maman graduated cum laude from Barnard College of Columbia University and received her law degree from the Benjamin N. Cardozo School of Law, where she was a member of the Journal of International and Comparative Law. She can be reached at michele.maman@cwt.com.