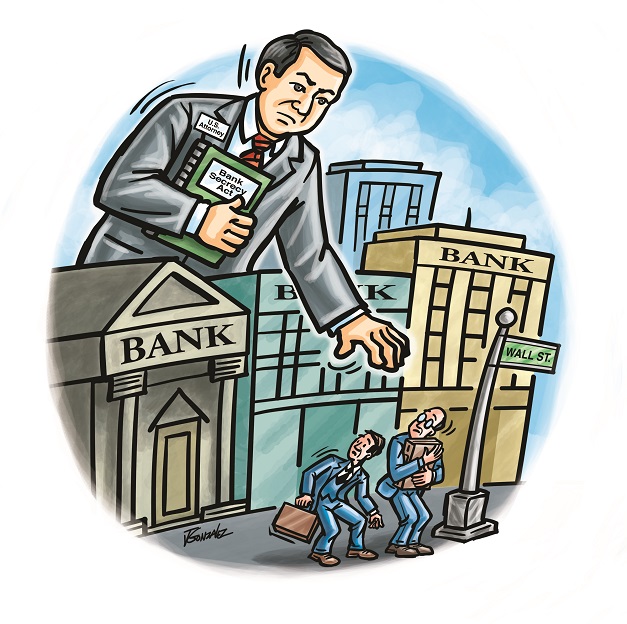 During a January speech to the Association of Certified Anti-Money Laundering Specialists, U.S. Attorney Preet Bharara said the $1.7 billion penalty JPMorgan Chase paid for violating the Bank Secrecy Act — the largest ever forfeiture from a bank — in connection with the Bernard Madoff fraud would not be the only aggressive action the U.S. Attorney’s Office for the Southern District of New York plans to take.

“JPMorgan is not going to be the last big case that my office brings in this area, I can promise that,” Bharara said.

In addition to the $1.7 billion imposed by the U.S. Attorney’s Office, the Office of the Comptroller of the Currency in the U.S. Department of the Treasury assessed the bank a $350 million civil money penalty, and JPMorgan Chase agreed to pay a court-appointed trustee $325 million in exchange for a release of all claims relating to or arising from transfers received directly or indirectly from Bernard L. Madoff Investment Securities (BLMIS), along with $218 million to class action plaintiffs and for attorney’s fees in exchange for a release of all damage claims relating to BLMIS.