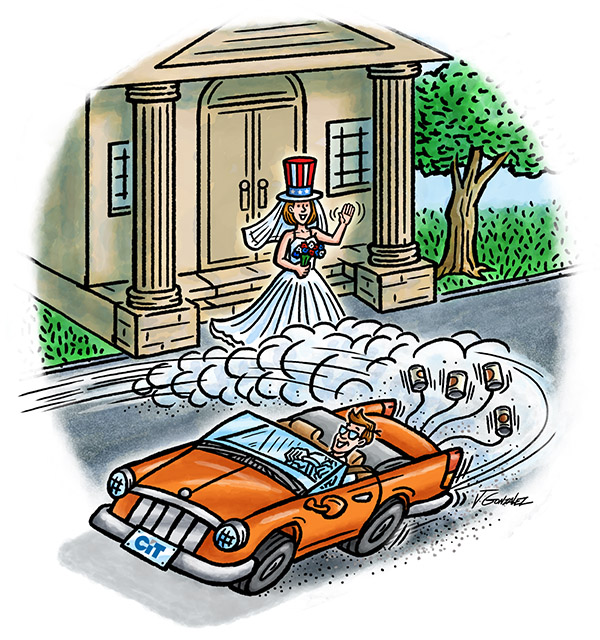 The U.S. government’s stake in CIT Group has officially been wiped out, according to a Treasury report released on February 10.

CIT received $2.3 billion in bailout funds from Treasury under its Troubled Asset Relief Program (TARP) in December 2008. But the capital infusion was not enough to save the company, which filed for bankruptcy at the beginning of November 2009.

According to a paper published March 22 by Linus Wilson, a finance professor at the University of Louisiana at Lafayette’s College of Business Administration, titled: “TARP’s Deadbeat Banks,” there were 82 banks delinquent on their TARP payments at the end of February, or 11.6% of the 707 banks that received TARP money.

“Since 60 banks had exited TARP by the end of February 2010, one-eighth of the banks remaining in TARP were behind in their payments to taxpayers,” Wilson wrote.

According to Wilson, in February five banks skipped their subordinated debt interest payments and 77 banks failed to pay preferred stock dividends. Three of the banks that missed their preferred dividends were restructured in Federal Deposit Insurance Corporation (FDIC) receivership or Chapter 11 bankruptcy, as in the case of CIT Group.

Meanwhile, the largest nine banks, including Goldman Sachs, J.P. Morgan, Citigroup and Bank of America, have repaid their aid.

So far Treasury has recovered roughly two-thirds of TARP investments in banks and earned $17 billion in income from those investments.

Meanwhile, the expected fiscal cost of stabilizing the financial system has fallen. In President Obama’s 2010 budget, the projected impact of financial stabilization efforts on the deficit was over $550 billion, including TARP and a reserve in case of continued instability. Treasury now says it expects the impact will be less than $120 billion.