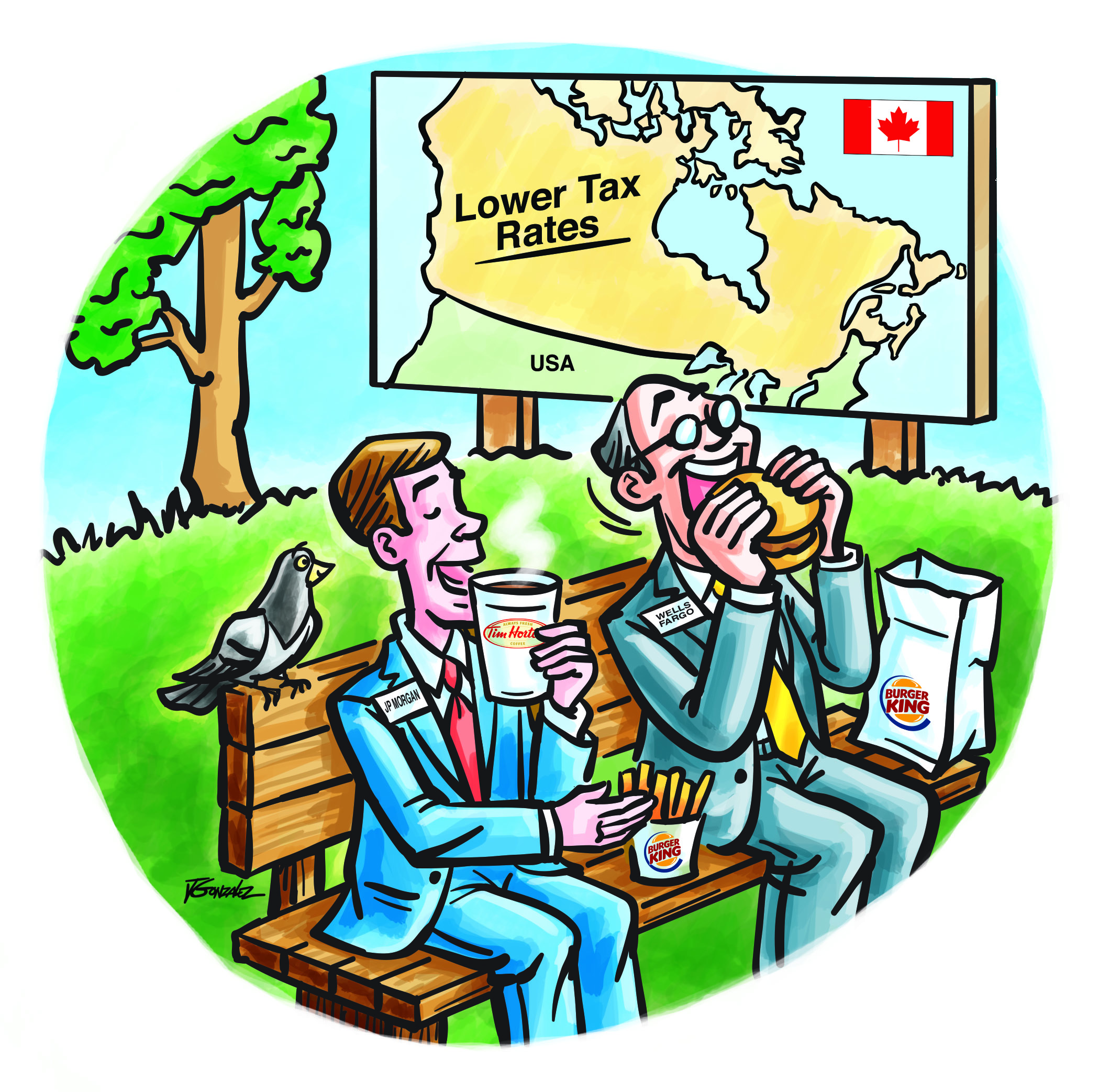 Tim Hortons and Burger King Worldwide announced a definitive agreement under which the two companies will merge. The new global company will be based in Canada.
Burger King obtained commitments for $12.5 billion of financing to fund the cash portion of the transaction, including commitments for a $9.5 billion debt financing package led by JPMorgan and Wells Fargo. It is expected that the debt financing for the transaction will consist of a $6.75 billion senior secured term loan B facility, a $500 million senior secured revolving credit facility and senior secured second-lien notes in the amount of $2.25 billion. Berkshire Hathaway committed $3 billion of preferred equity financing.

According to an August 26 article from The New York Times Dealbook, some customers and lawmakers have expressed concern and outrage, since news of the talks emerged, over the possibility that the deal would be a corporate inversion aimed at trimming Burger King’s tax rate. However, Daniel Schwartz, Burger King’s chief executive, told the Times that his company’s tax rate, now about 27%, would remain about the same even after the deal closes.