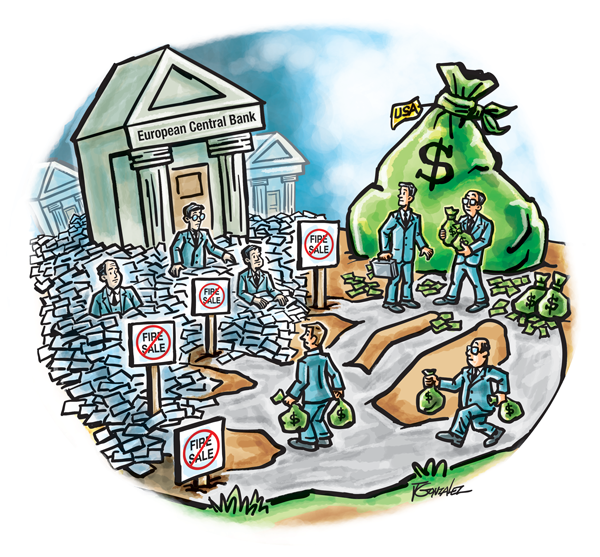 FinalCut: Hedge Funds Have $74B as Europe Fire Sale Delayed

Bloomberg reported that hedge funds and private-equity firms have amassed an unprecedented $74 billion to invest in distressed debt in anticipation that Europe’s sovereign-debt crisis will push banks into the biggest fire sale in history. The problem, the article said, is few are selling.

Bloomberg said Apollo Global Management, Oaktree Capital, Avenue Capital and Davidson Kempner Capital Management are among U.S. firms that have flocked to Europe, setting up offices and raising funds to benefit from the most severe period of distress in the region.

Bloomberg said in a related article that the European Central Bank (ECB) has propped up the European banks by providing more than €1 trillion euros of three-year loans, which eased the pressure to sell assets at depressed prices.

One investment manager was quoted as saying, “The troubles in Europe have not yet created the volume and types of bankruptcy and restructuring opportunities that might be expected from difficulties of such monumental proportions, most likely because the governments and banks are essentially holding each other up and keeping the private sector afloat — for now — with lots of freshly minted paper money.”

Bloomberg quoted Christopher Hart, president elect of the Turnaround Management Association UK as saying, “There are quite a lot of opportunities, but the problem is whether banks are selling.” Hart added, “As the adage goes, ‘a rolling loan gathers no loss.’”