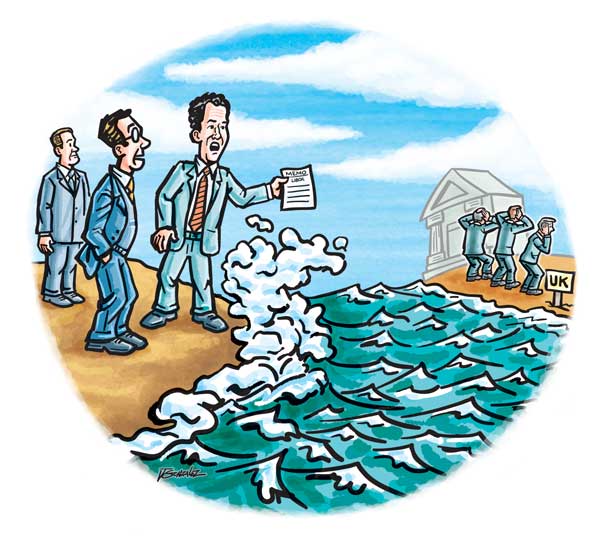 FinalCut: Geithner, Others Questioned Integrity of LIBOR in 2008

The Wall Street Journal reported — based on a June 2008 memo that Timothy Geithner, then president of the New York Fed, sent to the British Bankers’ Association — that Geithner also sent a private message to Bank of England governor Mervyn King calling for six changes that would improve the integrity of the LIBOR. The Journal said the memo provides a window into the role played by U.S. regulators in the LIBOR scandal. What is less clear is how far Geithner and other officials went to address the problem, the Journal said.

Bloomberg subsequently reported that Barclays’ admission that it rigged the LIBOR shows that regulators, central bankers and politicians weren’t paying attention when Citigroup and the Bank for International Settlements (BIS) indicated that the measure was being manipulated. Bloomberg said the BIS signaled in March 2008 that the benchmark was being misstated. A month later, analysts at Citigroup suggested the same. In May of that year, one of Barclays’ own strategists said the numbers reported by banks “were a lie.” Regulators worldwide are probing at least a dozen banks for potentially rigging the benchmark rate, including Citigroup, Royal Bank of Scotland Group, UBS, Lloyds Banking Group and Deutsche Bank, Bloomberg said.

Later Bloomberg reported that Mark Calabria at the Cato Institute said it was ultimately up to the British to deal with the manipulation of LIBOR, as only three of the 18 banks that set the rate are based in the U.S. Bloomberg quoted Calabria as saying, “There were items on that memo that were absolutely first and last the responsibility of the British Bankers’ Association and by extension the Bank of England.”

The illustration above shows how British regulators, bankers and politicians ignored, or in fact, covered their ears when Geithner, Citigroup and others said that LIBOR was indeed being manipulated.