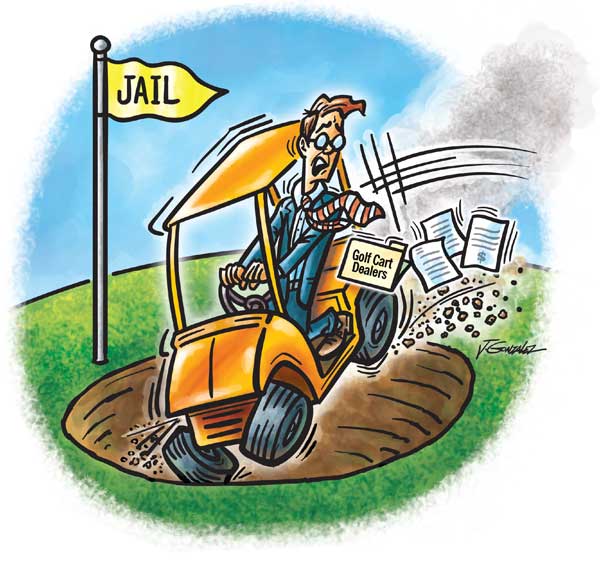 According to documents filed in the U.S. District Court for the Northern District of Texas, Dallas division, Justin Laurin Prather is scheduled to be sentenced on December 10 on one count of wire fraud in connection with a scheme to defraud CitiCapital Commercial and GE Capital. Prather faces up to 20 years in federal prison for his role in orchestrating a complex Ponzi scheme that included obtaining more than $12.5 million from GE Capital for fictitious equipment sales.

Prather, a former employee of CitiCapital and senior vice president of GE Capital Commercial, pleaded guilty for orchestrating three separate fraud schemes. Beginning around 2004, Prather started a “securities investment scheme”, wherein he solicited money from investors and told them he had unique access to investment opportunities through Corbin Matthew, a purported broker with Lehman Brothers. The investors gave money to Prather, who promised substantial, short-term returns on their investment.

The third scheme was the “golf car scheme”, which was created to fund the two above-mentioned fraudulent schemes. Part of Citi’s and GE Capital’s legitimate business entailed the financing of golf cars for a number of golf car dealers – actual clients of Citi and/or GE Capital – and forged documents reflecting the sale of golf cars to these dealers. Based on the forged documents, Citi and/or GE Capital transferred money to accounts associated with Prather. According the court documents, Prather wired or caused to be wired $12.5 million of Citi/GE Capital funds to accounts associated with Prather during the period July 3, 2008 through January 21, 2009.

According to the court documents and as background, on April 17, 2008, GE Capital entered into a purchase and sale agreement with Citibank whereby GE purchased certain of Citibank’s assets, including certain stock companies. Among those stock companies was Prather’s then-employer, CitiCapital Commercial. The transaction closed on July 31, 2008.