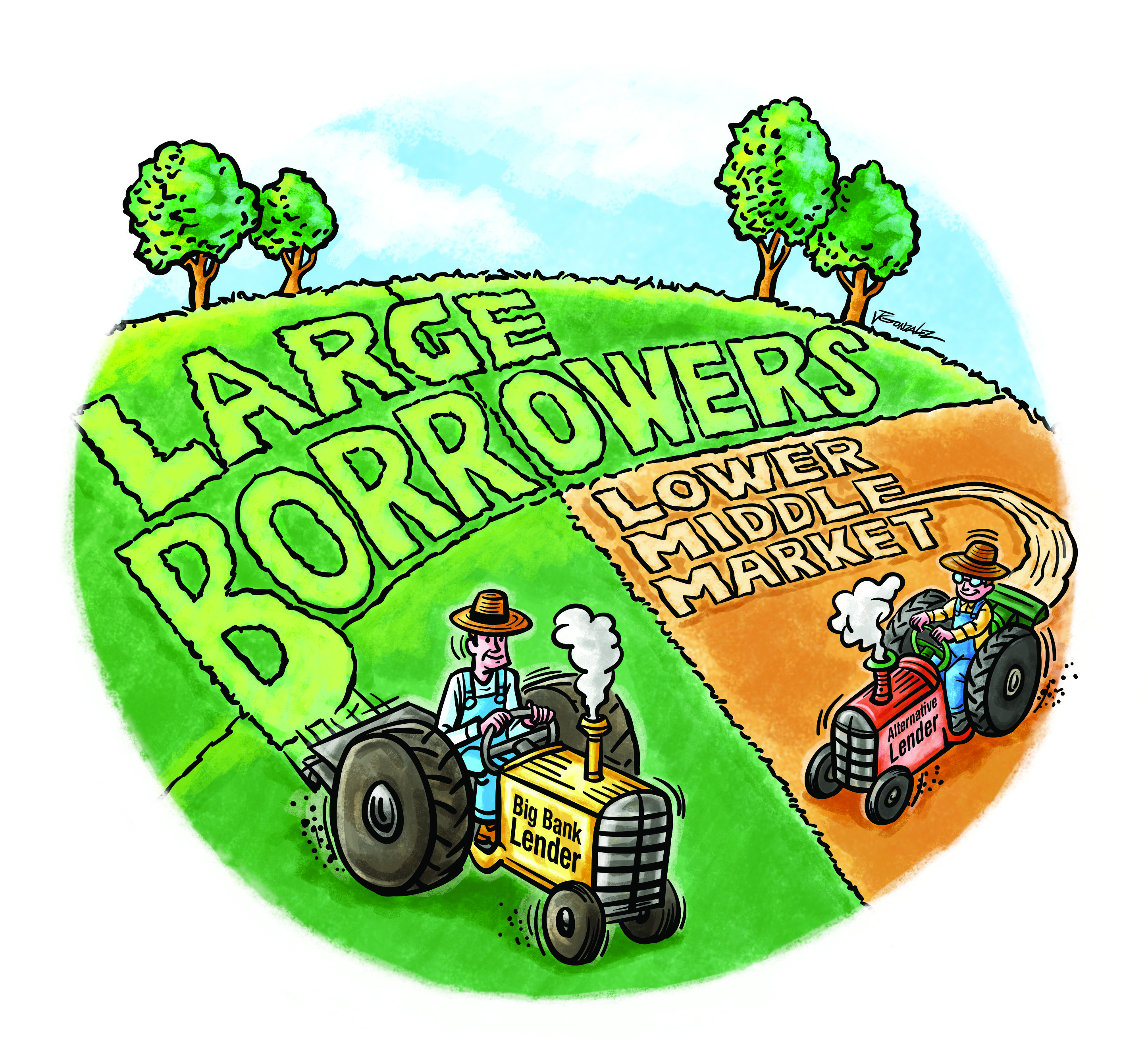 In a market commentary, investment adviser Old Hill Partners said large banks continue to eschew lower middle market loans because of heightened regulatory scrutiny and unattractive risk-adjusted spreads as they concentrate on larger, more fertile customers. The result is large banks/companies have benefitted most from the post-crisis recovery, while small banks/companies have not.

“Banks have become much larger and less prevalent, while lending assets have become highly concentrated and regulatory requirements much more complex,” said John Howe, CEO of Old Hill Partners. “The result is that it is now simply too inefficient and uneconomical for these gigantic banks to lend to, and service, small, middle market companies.”
Old Hill said this trend is borne out by data. According to the FDIC, 42% of all active loans held by U.S. banks originated from the five largest banks, and the loans are heavily concentrated: The six largest banks held 67% of loan assets, or some $9 trillion, while the remaining 6,775 U.S. banks held the remainder. As such, alternative capital providers, including ABLs, are filling an important void for smaller companies. Howe also notes low interest rates, ample liquidity, decent economic growth and low default rates mean the risk-reward profile for lenders and investors is generally positive.