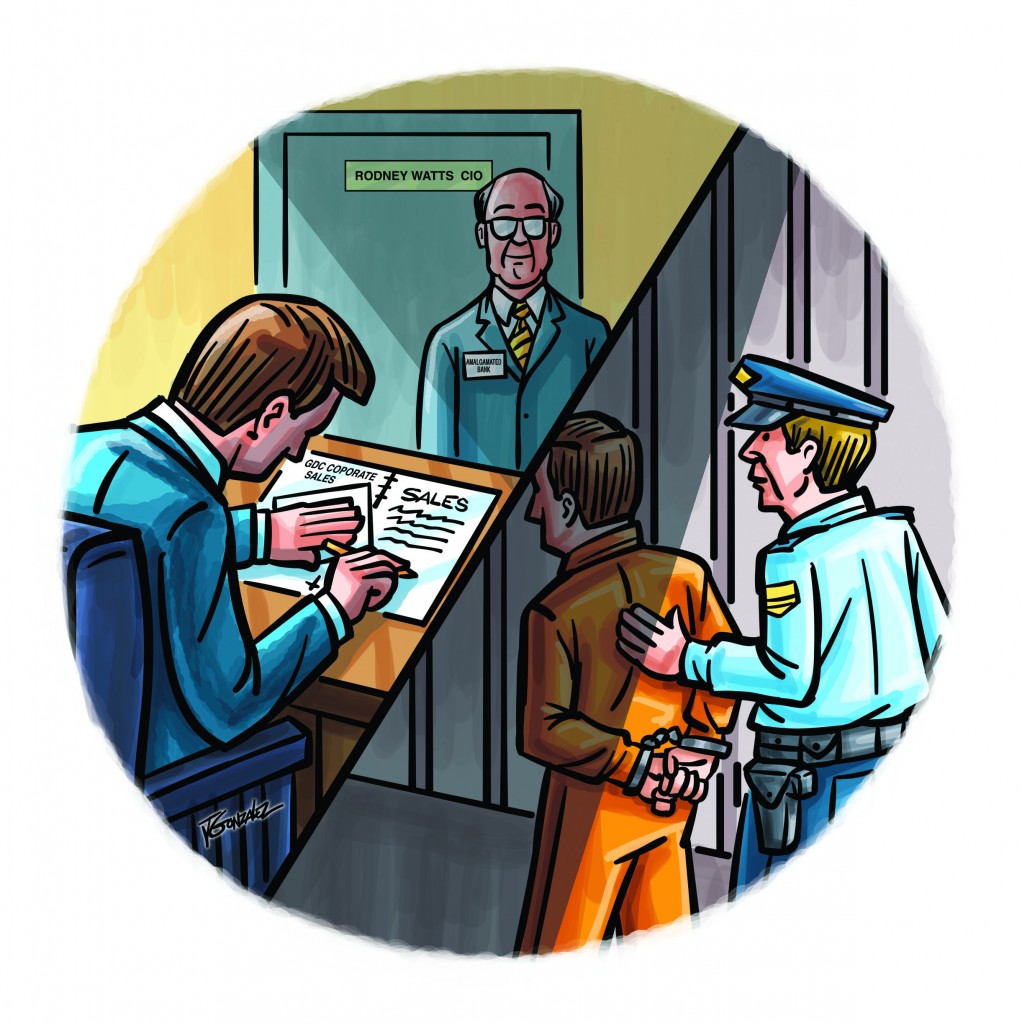 The U.S. Attorney for the Eastern District of New York said Rodney Watts, former chief investment officer of holding company GDC Acquisitions, was sentenced in federal court to 37 months in prison to be followed by 5 years of supervised release.

Watts helped orchestrate a scheme to defraud Amalgamated Bank and C3 Capital by obtaining and attempting to obtain loans on the basis of false financial statements and other material misrepresentations. He and others gave Amalgamated Bank false financial information for GDC in which they had fraudulently inflated the company’s accounts receivable to obtain credit lines totaling approximately $21 million.

Watts and his co-conspirators inflated the accounts receivable by a variety of means, including recording in the corporate books sales that had never taken place. For example, Watts represented to Amalgamated Bank in writing in November 2009 that GDC had $25.2 million in accounts receivable when it had only approximately $9 million. The scheme unraveled when one of the accountants turned himself into the FBI and cooperated in the government’s investigation.