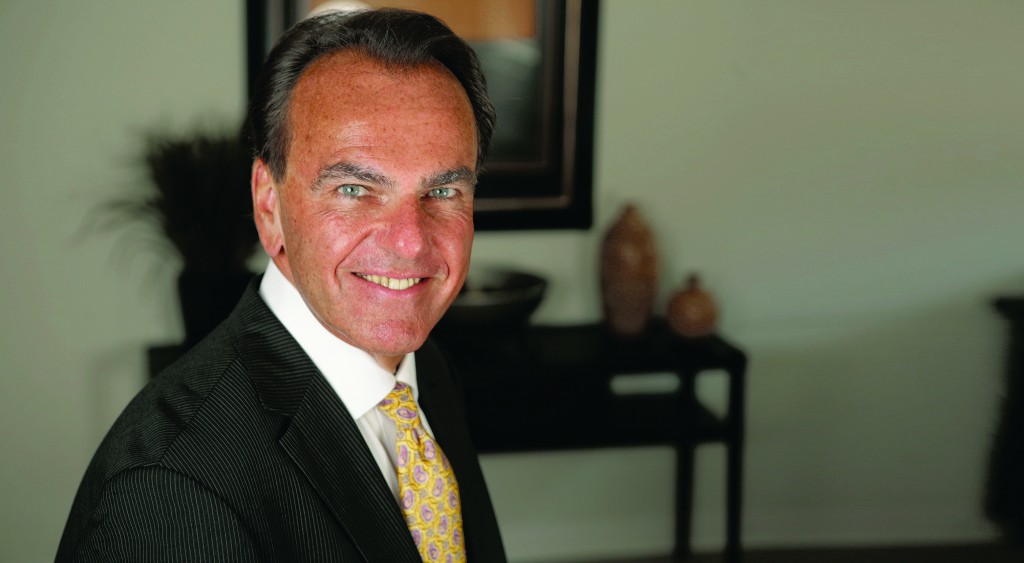 It’s unlikely anyone has met a college student who proclaimed, “When I graduate, I’m going to become an ABL lender!” Michael Haddad, the new president of Sterling Bank’s ABL Division, was no different. Like most college graduates in the mid-70s, Haddad assumed that when he completed his degree from St. John’s University in New York, he would find a job. In those halcyon days, students knew that a college degree carried a certain panache and expected job offers to materialize once a diploma was in hand.

After graduation, Haddad asked a friend for advice and was told to go to an employment agency, which would find him a job for a fee. Haddad borrowed money from his landlords (his parents), and paid an agency.

The agency sent him to United Merchants & Manufacturers (UM&M), then one of the largest factors in New York, with deep roots in the garment/textile industry. In addition to factoring, the company owned the Robert Hall chain of stores and several popular clothing lines. (No longer involved in finance, the company still exists as a manufacturer of women’s accessories based in New Jersey.)

Haddad recalls, “During the prep meeting with the employment agency, they told me UM&M was like a credit card company. So, I show up for my interview with a gentleman by the name of Walter Lilling, and he asks me, ‘What do you think we do?’ All ready with the knowledge the agency gave me, I answer, ‘You are just like a credit card company.’ His response still rings in my ears today. ‘That is great. You have no darned idea what we do. Perfect! You’re hired.’”

Within a year, Haddad had moved on to the ABL division of Chemical Bank (now part of JPMorgan Chase) and began a trajectory that included a stint as president of Guaranty Business Credit, co-founding and serving as executive vice president of Marquette Business Credit and finally landing at NewStar Business Credit. In March, Sterling purchased the NewStar Business Credit (NSBC) ABL unit that Haddad headed as well as the entire team, its client relationships, outstanding loans and support staff. The former NSBC division has become completely integrated into Sterling, according to Haddad and Sterling’s Specialty Lending Division President Tom Geisel.

In a recent telephone conversation with both Geisel and Haddad, the line crackled with the excitement that both feel about this new relationship. They concurred that this was a marriage based not only on compatible portfolios, but on a shared culture that will create a dynamic corporate environment.

What is the message they want to tell the world?

First of all, Geisel emphasizes, NSBC no longer exists. “We’re going to market as Sterling,” he says. “We have fully absorbed the ABL unit into the bank.”

Haddad gets right to the point: “Tell everyone to bring us their business.”

Geisel says that acquiring NSBC was in line with Sterling’s strategy of adding new lines of business and becoming a national player. Though Sterling has a strong presence in the Northeast, the company was looking to expand geographically, and acquiring Dallas-based NSBC provided a perfect opportunity to establish a foothold in the South.

Haddad brought his vast ABL experience to NewStar in 2010, when the company purchased the ABL unit from Dallas-based American Capital. Until that point, Haddad was CEO of CORE Business Credit, which he founded in August 2007 and sold to NewStar in November 2010. Under his leadership, NSBC grew beyond the capacity of an unregulated lender.

“NewStar looked at the world and saw we were an over-performing unit. It was a gigantic market,” says Haddad. “We were not for sale.”
Still, he recognized being in the unregulated market hampered the unit’s growth in many ways, and at some point, he knew the group would have to either move to a regulated bank or go public.

“The challenges for unregulated lenders are often structural in that they often raise capital in the public markets and often have lines of credit with their main competitors, the banks, so they have to choose how to compete and where,” says Haddad. “We at NSBC chose to grow by aligning ourselves with companies that had excellent management teams and a good definable asset base to lend on. Doing this and proving in the marketplace that we would execute drove our success.”

Geisel points out that Sterling’s marketing strategy is not changing as they absorb the new unit. The bank is in full expansion mode. In 2015 alone, in addition to setting up Geisel’s Specialty Lending Group, the bank added a dedicated healthcare finance team, a syndication team and a commercial finance team.

Geisel and his team looked at NSBC and realized purchasing the unit was “the next logical step. Our portfolios were a mirror image. We were complementary industries.” And for NSBC, there would be advantages to moving from an unregulated lender to a bank.

“We are so excited about bringing on Michael’s team and leveraging our two core competencies,” says Geisel.

“We were always agnostic about the banking industry,” says Haddad, pointing out that at Sterling, the ABL team will have access to more financial resources and will be able to handle bigger deals than before. “There’s no preferred way to handle an asset-based deal.”

As credit continues to tighten, however, Haddad believes that the demand for ABL financing will increase. He acknowledges that non-ABL lenders are edging into the ABL market, but Haddad believes the group’s industry experience gives Sterling a competitive edge.

“In many ways, it’s a case of buyer beware,” says Haddad of the environment for borrowers. “An ABL will look at both the cash flow and the collateral and be able to structure the debt appropriately. A non-ABL lender will not know how to look at the collateral.”

When asked about whether the his ABL unit plans to reach out to new business areas beyond traditional light manufacturing, service and retail, Haddad says, “We are an ABL, and we will be sticking to our knitting.”

As for the new fintech lenders moving into lending and factoring, Haddad believes this trend will have a minimal effect on the ABL industry.
“Personal interactions are key in our sector,” he says, dismissing the impersonal aspect of online lending. “We don’t see this changing.”

Geisler points out that in ABL you must have access to the collateral and be able to evaluate it, which is not possible to do online or within the 24-hour timeframe of the fintech world.

Looking ahead, Haddad expects the second half of 2016 to be “red hot for ABLs. Every transaction has five to 10 lenders. We are going to make much of the tightening up of credit in the general lending environment. We’re very enthusiastic going forward.”