Art as Collateral: Challenges for the Asset-Based Lender

I have found that fine art makes far more problematic collateral than any other high-value asset. And yet, based upon the banks that have consulted with our firm in recent years about devising or updating a credit policy for art lending, and the variety of non-bank lenders that have retained us to represent them in their art loan transactions during the same period, it appears that the business advantages may outweigh the dangers of engaging in this kind of financing.

The uptick in art lending, which began in 2009, is old news. What is new is the increased willingness of non-bank lenders to make truly asset-based and even non-recourse art loans.

Risks to the Lender

For a traditional ABL lender, complications with title, authenticity, attribution and knowing where your collateral is located at any given time are not problems. But some or all of these risks are almost always an issue with an art loan. Moreover, while valuation risk, over time, is a problem for a traditional lender, it is minimal when compared with an asset like fine art, to which no cap rate can be applied and which is traded so infrequently as to render almost any appraised value unreliable, at best.

I have found that however unreliable the values, art lenders are able to get comfortable with this valuation risk through a combination of 40% to 50% advance rates, using highly qualified appraisers, requiring (at least) annual reappraisals and limiting concentration risk (as to artist and/or genre) through its criteria for eligible borrowing base collateral. And asset-based lenders, unlike banks, almost always take possession of the art in a warehouse space under their control to eliminate the risk arising from the mobility of, and international market for, fine art. But for the other risks previously mentioned, there are no easy solutions to be found.

Most everyone is familiar with the authenticity (and attribution) risks associated with fine art, particularly with works by deceased artists. For art dealers, pawnbrokers and auction houses that are engaged in ABL financings, this is an ordinary course business issue, but for lenders coming from the world of private equity or financial services, this is a tougher subject. Even with a strong diligence platform, it is difficult to get used to collateral for which there is no insurance policy or other magic bullet to de-risk a concern as serious as authenticity. There are, of course, mitigants, such as Art Loss Register searches, scientific testing and provenance research that can be employed, but in the end, the best a lender (or a collector, or anyone else for that matter) can do is make an educated determination, short of certainty, as to the authenticity (and attribution) of any particular work offered as collateral. This is “connoisseurship” based diligence, and an art lender (particularly an ABL lender) must be able to tolerate it in order to engage in this business.

The Problem with Title

In my experience, title is a less well-understood problem than authenticity. Most people think this problem occurs only in cases involving national patrimony laws or World War II restitution claims. But there are a multitude of title issues of an everyday nature that can (and sometimes do) impair good title, some of which do not manifest themselves until many years later. For example questions can arise as to whether the grant of an artwork was a loan or a gift, from rights of first refusal which appear only in sparse bilateral documentation and, perhaps above all, from ordinary
theft, unrelated to major historical events. In considering the difficulty posed by this risk for an asset-based lender, first remember that if the collateral grantor does not have good title, the lender has no security interest in anything.

Then consider that parties to art transactions have traditionally been obsessed with secrecy (or confidentiality), and accepted, as a matter of course, extraordinarily sparse legal documentation when compared with transactions involving other high-value assets. Similarly, the buying and selling of fine art has, more often than not, involved the use of agents for undisclosed principals — often a dealer acting on behalf of the real buyer or seller. 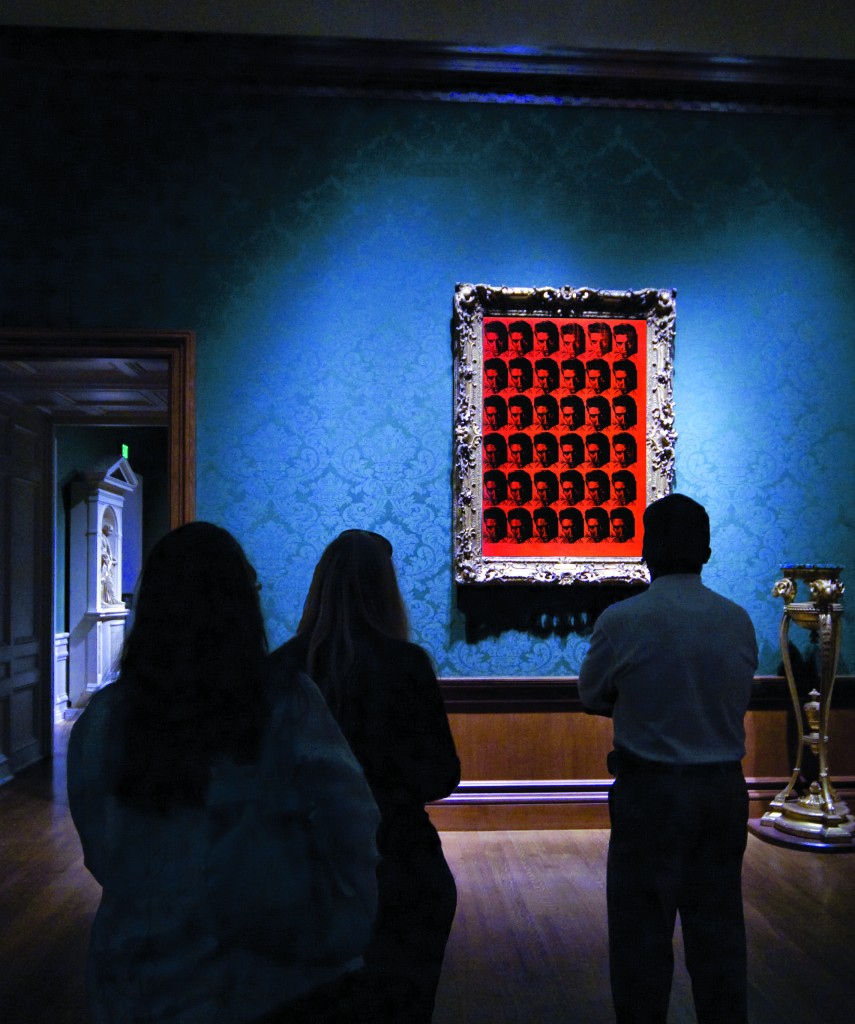 In the famous Red Elvis Case, for example, a Swedish art dealer was accused of selling, without proper authority from the owner, an Andy Warhol painting on loan for an exhibit at the Guggenheim Art Museum, to a Guggenheim board member. After a Swedish court ruled that the dealer had not been duly authorized by the owner to sell the painting, the owner sued the buyer to have the painting returned or receive suitable compensation. However, a Connecticut state court decided in 2005 (and was affirmed in 2007 by the Supreme Court of Connecticut) that industry norms dictated that only when “circumstances surrounding the sale cast severe doubt on the ownership of an artwork are merchants and buyers required to obtain documentary assurances that the seller had good title.”1

Although there are indications that such practices are slowly evolving to a point where the true identity of a buyer or a seller is often disclosed, at least to one another, for those who are accustomed to marketable securities or any other valuable asset commonly used as collateral, title to art remains an unsettling matter. Comprehensive title insurance is available for art, including for art loans, but it is simply not yet “market” for a lender to require it, except, as the court noted in the Red Elvis Case, when the circumstances “cast severe doubt” on the seller’s (or collateral grantor’s) title.

Being an ABL art lender (or its lawyer) is plainly not an easy task. There are, however, a surprising number of collectors who either wish to remain more private than can be done with a bank or who simply want the peace of mind that a non-recourse loan against only their art can bring. This is where a business opportunity presents itself, because in this type of art lending the lender can charge higher interest rates and fees than banks would. In reality, there appear to be three different kinds of somewhat overlapping markets for ABL-style art loans, each with different kinds of lenders:

The hard-money lenders charge the highest rates and deal with the least creditworthy borrowers. One difficulty they face lies in the borrowers’ fear that they are dealing with “loan to own” lenders. This makes closing a loan difficult because nothing about any deal is easy when there is a lack of meaningful trust between the parties. Lenders in the second category are very sure-footed in valuing and selecting their collateral and in disposing of it should there be a serious problem. These lenders may face similar trust issues as in the first category, and may or may not do non-recourse lending. Sotheby’s Financial Services is a prominent ABL lender that does not generally encounter trust issues with its borrowers, but it does not make non-recourse loans. Some of these lenders may charge high rates and fees, although not usually as high as the category one lenders. Category three has perhaps the most challenging task. These lenders are trying to succeed at a risky business, charging rates and fees that are at least a bit more modest than an art dealer or a pawnbroker, but higher than a bank.

Andrea Danese, CEO of Athena, sees it this way:

Athena’s art lending services are a complement to those offered by traditional banks, which have been discouraged by new regulation from engaging in true asset-based lending. For this reason, much of the ‘art lending’ provided by these institutions are, in fact, quite plain vanilla financing structures for existing private banking clients tied to the strength of the client’s creditworthiness, rather than of their art. Athena provides a different, but complementary service, allowing its clients to generate credit derived purely from the value of their art collection. This has the advantage of providing incremental liquidity to clients, above and beyond what can be garnered from traditional institutions, adding particular value to clients seeking to allocate greater amounts of capital into the art market.

In other words, this type of lender serves as an alternative to private banks, hopefully for private bank-worthy clients seeking non-recourse art loans.

It seems clear that for a lawyer representing an asset-based or non-recourse art lender, the challenges are greater than in representing private banks in making the same types of loans. And the difficulty is not limited to assisting the client in navigating the authenticity and title risks. Non-bank lenders are often making loans to people who cannot get an art loan from a private bank, thus making the risk of a default higher than in an ordinary private bank financing. In drafting and negotiating deals, the lawyer for this type of lender must balance all of the risks with the client’s business need to close deals. This calls for imagination and drafting solutions that protect the client in this high-risk context, while not scaring off the lender’s best prospects, i.e., the ones with other available sources of capital.

This balancing process for the lawyer comes up with title issues on a regular basis. Because of the art world’s “handshake culture,” most collectors do not have perfect paperwork, with bills of sale, invoices and similar documentation evidencing good title to their art. It is one thing when you are advising a private bank, with a billionaire as a guarantor, on how to respond to these deficiencies, and quite another with a non-recourse lender client facing the same predicament.

There are other less obvious problems for the lawyer to the non-recourse art lender. As noted above, some non-bank art lenders carry a “loan to own” reputation. This taint is not, however, limited to the lenders who have earned that reputation. This means, among other things, that unless the borrower has no other options, most secondary art lenders will often encounter tough negotiation of the language in the security agreement defining events of default and prescribing remedies. It also means that in responding to a default, the non-recourse lender and its lawyer must balance not wanting to appear trigger-happy with the need (because the lender may well not be dealing with highly credit-worthy people) to send the message that it will deal harshly with borrowers that do not keep their promises.

Many non-recourse art lenders have adopted their own version of CRE’s “bad boy” guaranty, however, the scope of what constitutes “bad acts” that will trigger full recourse is often a hotly contested subject, requiring creative and skilled drafting solutions to bridge the gap. In addition to these issues, many ABL art lenders engage in cross-border transactions, requiring an understanding of foreign laws and practices concerning secured transactions. Cross-border deals are always at least somewhat challenging for lawyers, but with an asset-based or non-recourse loan, the risks inherent in these legal hurdles are magnified.

For the author, counseling ABL art lenders, particularly the non-recourse variety, has been some of the most interesting work undertaken in a long career of representing commercial and private banks, and other lenders, in CRE loans and in a wide variety of ABL and other secured financings. For a lawyer to do his or her job well, it is important to maintain objectivity by keeping some distance from the client. However, with this kind of work, the judgment calls on legal subject matter can be as close as they are important, and that sometimes means that you have to ask yourself what you would do if it were your own money.