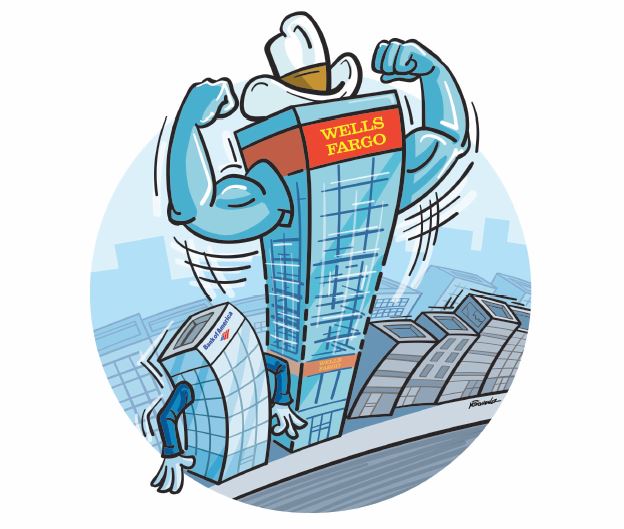 The Motley Fool noted that Wells Fargo is poised to surpass Bank of America in size, making it the second largest bank in the U.S.

According to the Fool, Bank of America went from a $3 trillion bank in the wake of its 2008 Merrill Lynch acquisition to $2.2 trillion today. Wells Fargo, over the same period, more than doubled its size and has continued to grow organically and through acquisitions.