Mohamed El-Erian, chief economic advisor at Allianz, was blunt in his keynote speech at ABS Vegas 2016. “The system is trying to tell us something,” he told participants at the largest annual gathering for the securitization industry. El-Erian was referring to the global economic and market outlook and the recovery or back-to-recession crossroads he thinks we will soon reach, but his words are just as applicable to the asset-backed securities (ABS) market. Today a number of forces — from new regulation, to new platforms, to growing concerns about liquidity and credit quality — are pressuring the sector. At the same time, sentiment remains cautiously optimistic on buy-side demand and within certain subsectors, such as small- and medium-sized lenders where ABS is more of a go-to than ever as traditional banks shift their lending focus upstream to larger borrowers.
With so many factors at play, financial services provider Capital One conducted a survey of ABS Vegas conference participants to gather their thoughts and gauge overall opinion. About 150 participants responded. Here are the top five takeaways:

1. Mixed Verdict on the Economy

While some ABS speakers pointed to solid U.S. economic fundamentals, such as employment and consumer confidence, many others voiced concern about the economy weakening and the threat of global recession, pointing to troubling indicators like the historic negative interest rate environment in parts of Europe and Asia. El-Erian warned of a potential major downturn and market instability unless global policymakers take strong action.

Despite the uncertain picture for the overall U.S. and global economy, survey respondents continue to be neutral to positive about the prospects for most of the ABS market in the year ahead, with nearly 80% of respondents expecting buy-side interest to increase or remain the same in the coming year. Asset-backed securities should continue to be a solid business for financial institutions. In addition, more than half of respondents see competition in this asset class increasing in the next year, an indication that market participants are not pulling back. 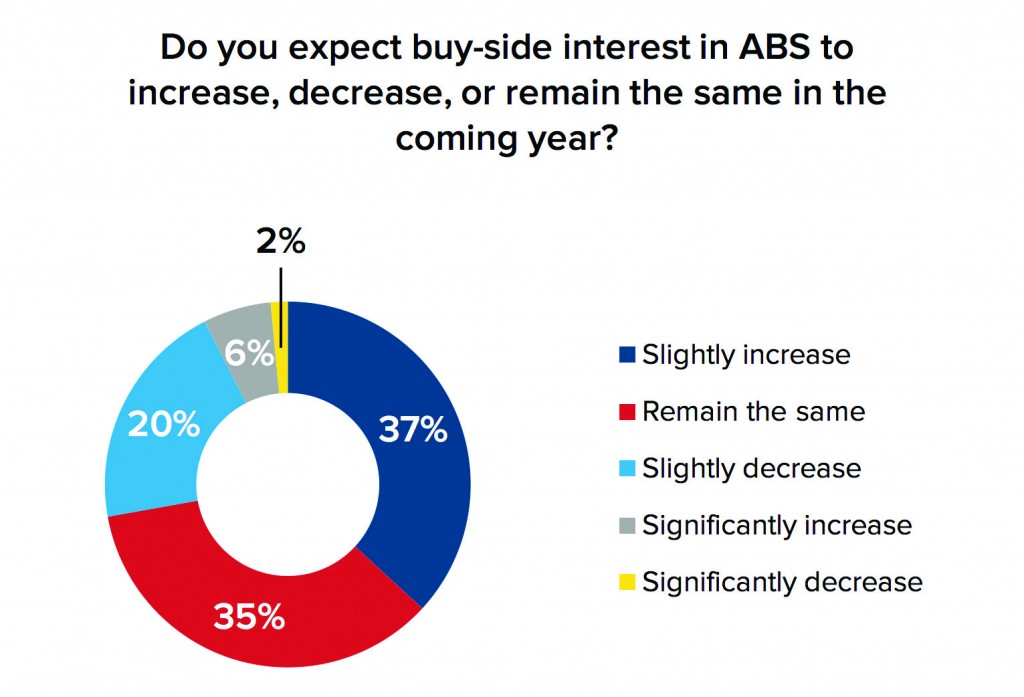 Concern about the impact of new regulations across the ABS market was a recurring theme throughout the conference. With a host of new regulations in the mix, from risk retention to new transparency and reporting standards and beyond, conference speakers and participants expressed concerns that the new rules could cut into the availability of capital, drive up borrowing rates and limit credit supply. According to the survey, 68% of respondents said increased regulatory requirements and expenses are the biggest risks facing their businesses this year, followed by limited access to credit (17%) and additional increases in interest rates (14%). 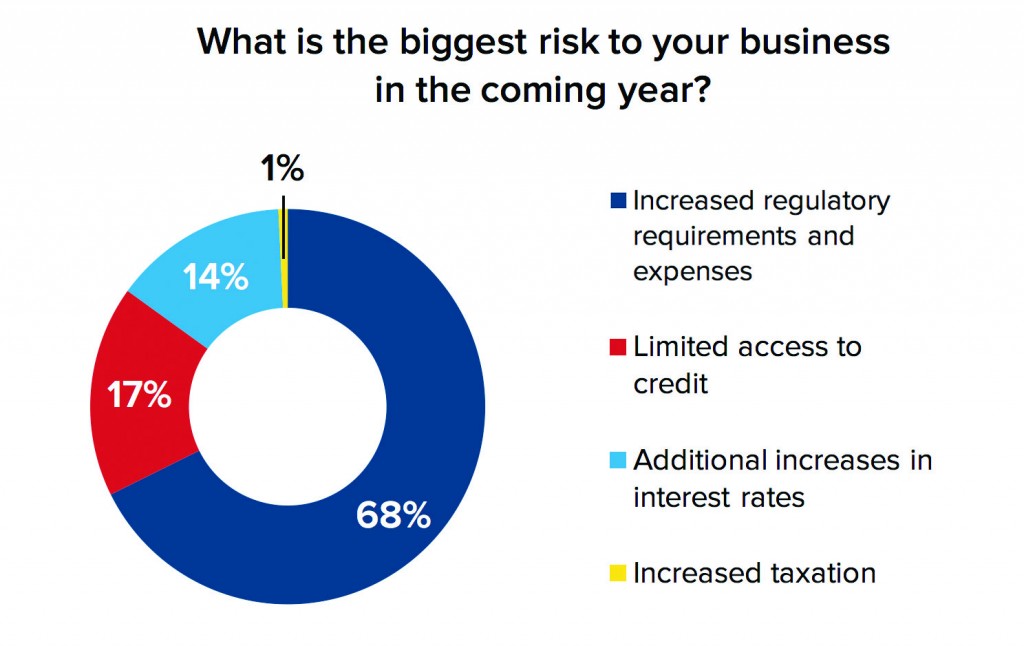 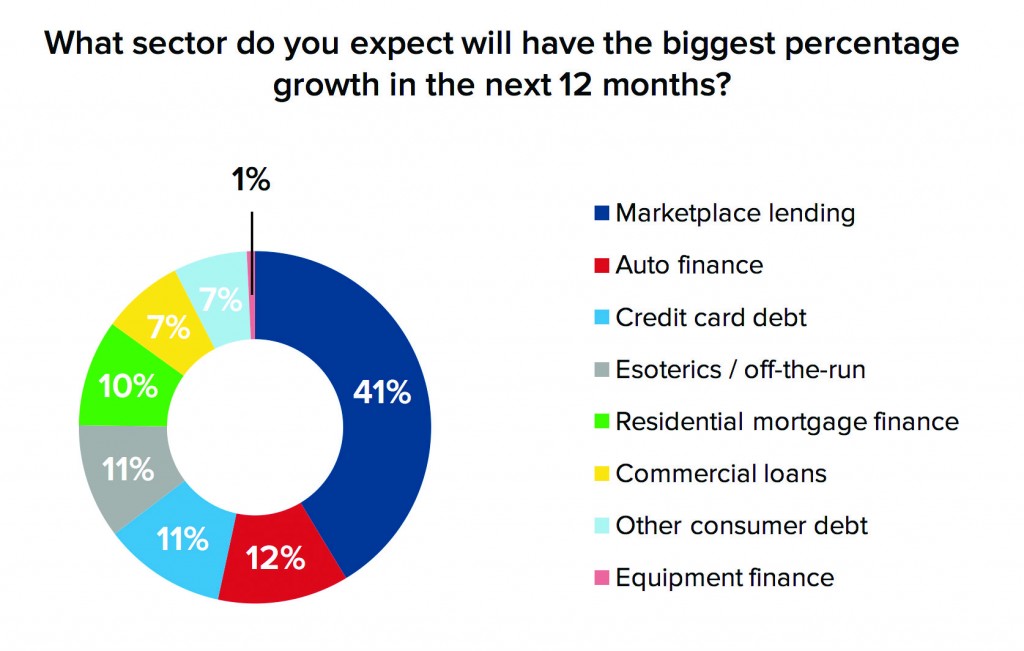 3. Fear and Awe of Marketplace Lending

Panel speakers praised marketplace lenders for disrupting the ABS market and providing an alternative source of capital for small- and medium-sized businesses as banks continue to upshift to bigger borrowers. In fact, 41% of respondents said they expect marketplace lending to have the biggest percentage growth over the next 12 months. By contrast, 12% of those surveyed expect auto finance to have the biggest growth, followed by credit card and esoterics at 11% each, residential mortgage at 10% and consumer loans and other consumer debt at 7% each. Respondents were not bullish on equipment finance; only 1% expected equipment finance to have the fastest growth. However, while marketplace lending is winning high praise for innovation, there is a growing level of unease with the fact that the model is young and untested during a bear market, especially in light of the market’s rocky start in 2016.

Conference speakers and participants alike bemoaned the tight liquidity environment, blaming it on a host of issues, including new regulations, market consolidation, bank reductions in trading and credit quality. The number of respondents expressing concern about limited access to credit more than doubled — from 6% in the 2015 survey to 17% this year.

A number of speakers at the conference worried that credit quality could be weakening — a sentiment echoed in our survey. Fifty-four percent of survey respondents expect declining credit quality in the underlying assets to be securitized, versus 32% who believe credit quality will remain the same. This year, respondents were also much more likely to think that issuers of ABS securities will tighten their underwriting standards (50% in the 2016 survey, increasing from 11% in the 2015 survey). 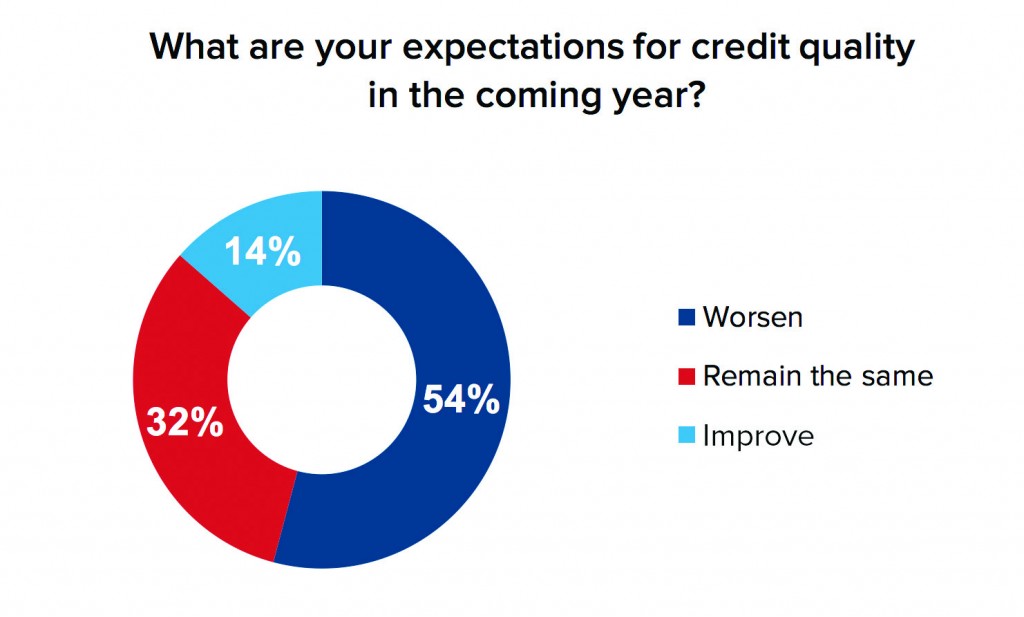 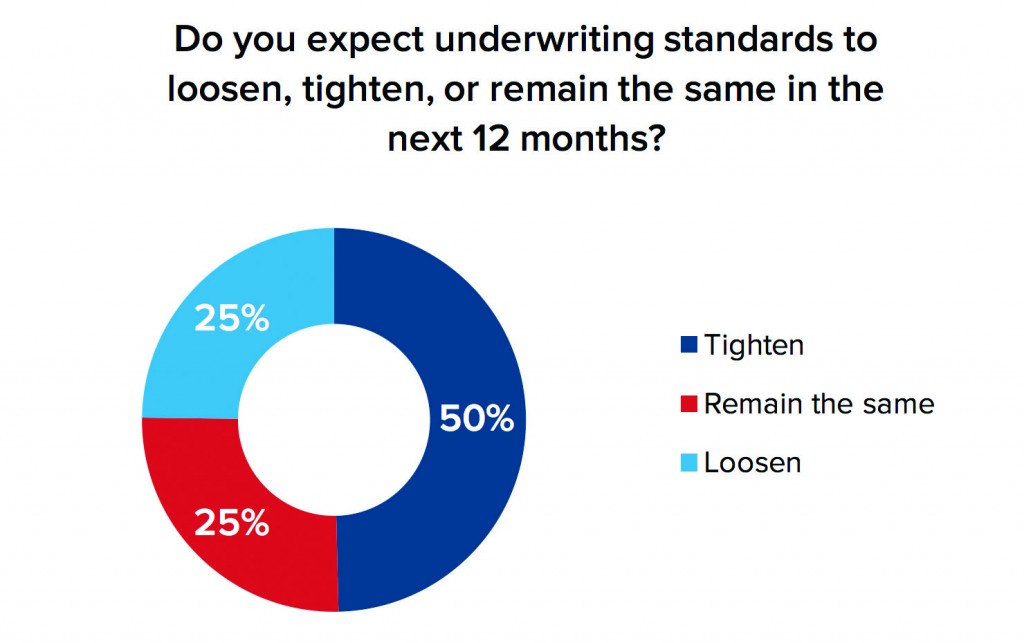 The confluence of these forces — particularly the impact of new regulations — is placing significant pressures on the ABS sector. SEC Commissioner Michael Piwowar, a keynote speaker for ABS Vegas, spotlighted the drop-off in securitizations in registered public offerings between 2014 and 2015. In 2015, approximately $155 billion was raised in registered offerings, down $22 billion from the prior year. Furthermore, public offerings of securitizations continued to decline during the first seven weeks of 2016, coming in at about $11.3 billion versus $16.4 billion in 2015 and $19.9 billion in 2014.

So what is the system telling us? The most probable message is that work needs to be done by multiple parties to keep things on track. First, the impact of new regulations has to be closely monitored. As Commissioner Piwowar himself said, “We must keep in mind that unnecessary or inappropriate regulation of securitizations may lead to less availability of capital, increased borrowing rates and a more limited supply of credit.”

Next, throughout the conference it was evident that the industry is worried about the increasing reliance upon the marketplace lending model to fill the issuance gap. Overall, many applaud marketplace lenders for their disruption, speed and ease of use for the consumer, but there is a growing consensus that the model has not been tested in a protracted market downturn. As an industry, we recognize this very real problem, and we should be brainstorming how to create our own industry checks and balances to address this issue, rather than setting the stage for regulatory intervention.

Lastly, the ABS market has to take on the challenge of educating investors outside our orbit about the benefits of our market and its many and complex subsectors. In a time of tightened liquidity, ABS cannot depend on the adage “if we build it, they will come.” We have to communicate the powerful and important role that ABS plays in financing the U.S. and global economy on a macro level to those outside the ABS universe. We also need to show how we help individuals, families, small businesses, start-ups and the like get access to funds they need to live and thrive. Once we tune in to what the system is telling us and take action, we owe it to our market, to potential investors and to the millions of borrowers we serve, to spread the word.