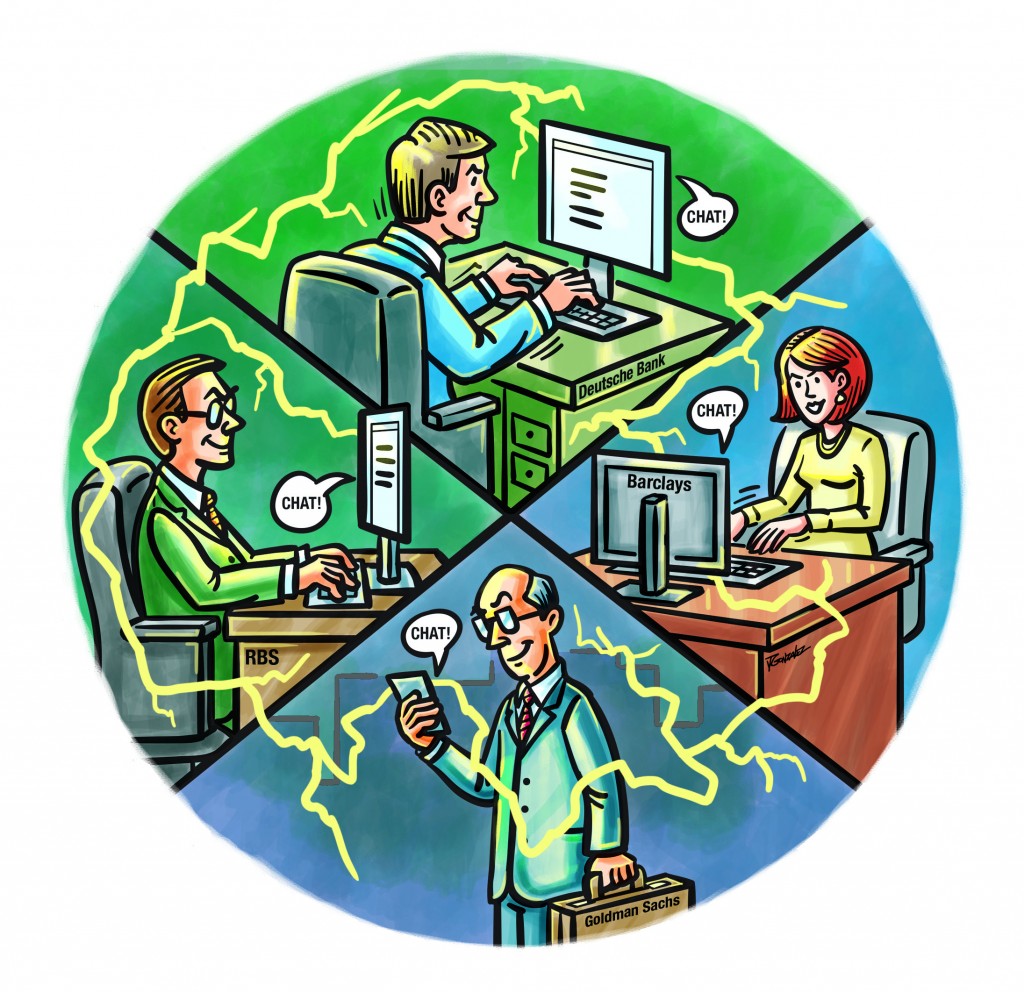 In a complaint filed in the U.S. District Court in New York on Thursday, the Boston Retirement System has accused 22 banks, including Bank of America, Merrill Lynch, Citigroup and Goldman Sachs Group of manipulating the market for U.S. Treasury securities.

Specifically, the complaint says that the banks used electronic chat rooms, instant messages and other electronic communications to exchange
customer information and coordinate strategies to increase pre-auction prices and, subsequently, fix the treasury auction to deflate prices in order to cover or profit off of pre-auction sales.

Expert economists retained by Boston Retirement System reported a greater spread between pre-auction and at-auction prices prior to December of 2012, when information was revealed indicating that several banks, including Barclays, Deutsche Bank, RBS and UBS, manipulated interest rate submissions for the London Interbank Offered Rate. Barclays, Deutsche Bank RBS, and UBS are three of the 22 banks that were accused in Thursday’s complaint.

The lawsuit brought by the Boston Retirement System calls for the recovery of financial damages and injuries caused by the alleged manipulation from 2007 to 2012.